Next Month, Biden’s Administration Might Release Its Cryptocurrency Strategy 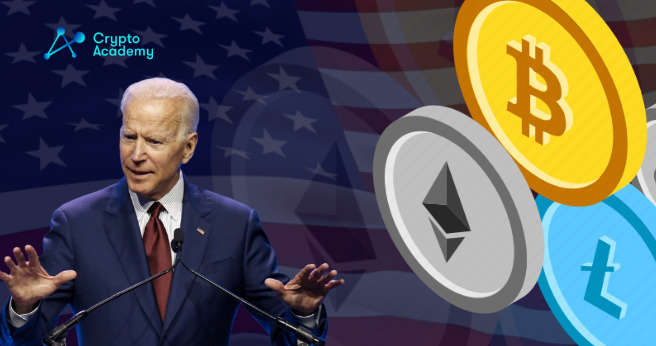 The administration of U.S. President, Joe Biden, announces their current work towards cryptocurrency space. According to Bloomberg, the government could release a general strategy on digital assets next month. This could also mean news regarding a possible digital dollar.

Regarding this, the administration is looking for qualitative analysis about the risks and possibilities provided by digital assets. Henceforth, it is asking government agencies to dive into these analyses to have an excellent outcome for the plan of crypto strategy. In addition, top officials have been meeting multiple times to discuss further steps for an executive order, which is now under preparation.

Furthermore, according to Bloomberg, the White House would be in charge of supervising attempts to establish regulations and control digital assets. As the volatile crypto market has risen in value and popularity, it has attracted the administration’s attention to get into this industry. Despite the blooming of the cryptocurrency industry in each area, there is still uncertainty among industry experts. While some strongly support Bitcoin (BTC), there are others who strongly oppose it. They claim that there is a lack of accuracy around U.S. crypto regulations. As a result of this, the dollar’s value may be jeopardized if other government-backed currencies emerge.

However, as many benefits as cryptocurrencies have, there always exists a risk by implementing new technologies. This also applies to the possible upcoming digital dollar. According to the U.S. Federal Reserve, American financial stability and privacy might be at risk from adopting an official digital currency.

The Benefits vs. The Risks of Digital U.S. Dollar

As previously stated, based on the Federal Reserve’s discussion paper, the outcome does not seem very successful. The results from this discussion did not bring any policy recommendations or provide any signal for a possible launch of a central bank digital currency (CBDC). The spotlight that the general public might benefit from is the increased optionality in payments with higher speed.

There will always be challenges when adopting something new – cryptocurrencies in this case – in an industry. Especially the financial sector, which is quite sensitive. Thus, the digital U.S. dollar’s challenges are ensuring financial stability and developing an ecosystem that complements current payment methods. Besides implementing the digital dollar, there are also other issues part of a prior list that must be addressed by the central bank. These priorities are mainly privacy and security area. The importance lies in ensuring that a CBDC does not breach Americans’ privacy. Moreover, they need to ensure that the government maintains its capacity to fight the illegal printing of money.

On the other hand, China has seen rapid expansion in the CBDC industry. Since the e-CNY’s trials started, the new legal money has recorded a total of $13.68 billion in transactions. In summary, there are currently more than 261 million Chinese residents who use digital currency, according to a CNBC article.