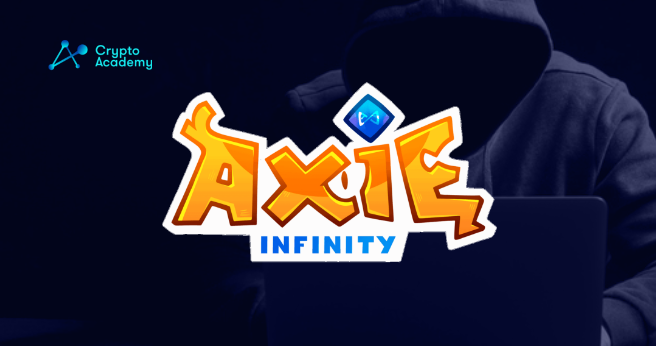 On Tuesday, the game company executives announced that hackers stole $625 million worth of cryptocurrency. This is one of the largest crypto thefts to date. It comes at a time when there is a rising frequency of crimes like this. The hack of Ronin Network, the host of Axie Infinity, is one of the biggest crypto hacks until today.

According to the company, the theft happened last Wednesday. The hackers got into part of Ronin, the blockchain that runs the game. However, Sky Mavis found the hack only on Tuesday, which runs both Axie Infinity and Ronin.

Correspondingly, the company announced in a post about the Ronin Network hack. In addition, the company claims that they are working with different government agencies to make sure that they expose and punish the criminals.

How Did The Hack Happen?

Sky Mavis claims the Ronin attack was easily accessible because of a network shortcut implemented in November last year. Its goal was to develop an enormous user load. This came as a result of the popularity of the game in the Philippines and other places. Worth noting is that players rely on it as full-time employment.

The system was shut down in December, but the permissions were not. The attacker compromised four Sky Mavis nodes. The main objective of the attacker was to get access to one node run by the community-owned Axie DAO. By compromising five of the nine validator nodes, a hacker might easily override transaction security and extract money as desired.

Given these points, the Ronin hackers made off with 174,000 ETH and over 26 million USDC. Combined, they hold a value of around $625 million. As per the record, USDC is a dollar-pegged stablecoin.

After ensuring that the side-chain is now safe, Sky Mavis claims it would reopen the Ronin bridge at a later date. As of today, the Ronin attack looks to be the biggest yet of “decentralized finance” networks. Likewise, last month, $322 million were stolen from the Wormhole bridge protocol.

This incident brought attention to the necessity of prioritizing some issues. As stated by the company, it highlights prioritizing security, being attentive, and reducing all threats. In addition, the company emphasized they are looking to install the most advanced security systems and procedures to avoid future hacks.

Axie Infinity features a “play-to-earn” mechanism based on non-fungible tokens (NFTs). Therefore, they can trace the stolen NFTs back to a user. In order to enter the game, players purchase creature-centric NFTs. Afterward, they spend more crypto to breed and train monsters for a fight. The value of NFTs is present in both worlds, in-universe and real-world. Thus it attracts the attention of many users.

Furthermore, the blockchain is a financial nerve center that records all crypto transactions.

The Concerns About The Increase Activity of Hacks

As the quantity of trade activity rises, crypto hacks are increasing too. Similarly, in December, a hack of the Bitmart platform resulted in the loss of about $200 million in crypto. Another example is this summer when a hacker targeted Poly Network, which enables blockchains to collaborate. The target of the hack was a total of more than $600 million, but the money is apparently back where it should be.

Users are worried that the anonymity of the blockchain makes it easier for people to steal. Even though the blockchain records all transactions, it is hard to figure out which addresses belong to which people.

As a result of the hack, trading in Axie Infinity was shut down on Tuesday. Fans and experts wondered if the hack would worry people about play-to-earn games. In regard, Sky Mavis said there was no reason to be concerned about the further activities on Tuesday.