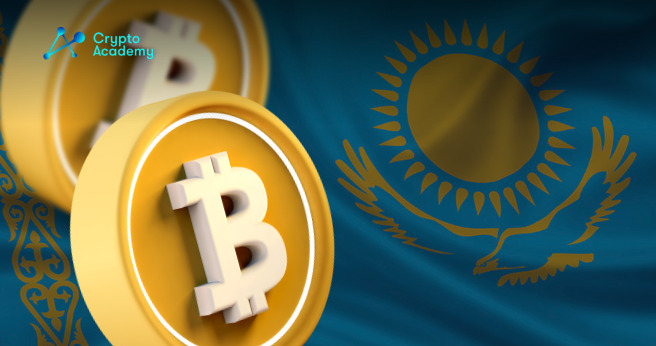 The beginning of 2022 leads to believe that there is a difficult year ahead. Between the energy crisis and emerging Covid-19 variants, the performance of the biggest cryptocurrency is also a worrisome point.

Bitcoin (BTC) is hemorrhaging as it took a dive to $42,000. The relative market value to altcoins has dropped with the price to a low 39.3%, a percentage not seen since the summer of 2018. The hash rate of the biggest cryptocurrency dropped to 168 EH/s from 194 EH/s, amounting to a 12% decline.

Following the recent drop in price, Bitcoin (BTC) mining stocks have taken a hit where those most impacted were 1THash with an 82% drop, OKExPool with a 46.3% drop, and KuCoinPool with a 22.7% drop.

According to Bloomberg, aside from Stronghold Digital Mining Inc. that was standing stronger, Marathon Digital Holdings Inc. shares plummeted to 9.8%, Riot Blockchain Inc. shares dove to 7.6%, and last but not least, a 5.6% decline was seen in the shares of Greenidge Generation Holdings Inc.

In an attempt to make sense of the sudden decline, Wu Blockchain took to Twitter to explain the severe hit by arguing that “due to protests in Kazakhstan and nationwide network disconnection, the hashrate of Bitcoin mining pools such as AntPool, Poolin, F2pool, ViaBTC, etc. all plummeted on January 5. Kazakhstan accounts for about 18% of the global Bitcoin hashrate.”

Due to protests in Kazakhstan and nationwide network disconnection, the hashrate of Bitcoin mining pools such as AntPool, Poolin, F2pool, ViaBTC, etc. all plummeted on January 5. Kazakhstan accounts for about 18% of the global Bitcoin hashrate. https://t.co/VjtWgD9Hsp pic.twitter.com/pn7IwF3lP6

Wu Blockchain was not alone in his assumptions, as many others have come to the same conclusion. The Block VP, Larry Cermak argued that Kazakhstan protests are affecting crypto mining.

Internet has been down in Kazahstan for a few hours where roughly 18% if Bitcoin's hashrate is.

Looks like the impact on the hashrate is so far 12% drop just in the last few hours since internet went down. pic.twitter.com/FcTDsJ6R77

NetBlocks, the network data provider, revealed yesterday that Kazakhstan was in the middle of a nationwide internet blackout. NetBlocks reported a 2% normalized network connectivity in the country yesterday.

⚠️ Confirmed: #Kazakhstan is now in the midst of a nation-scale internet blackout after a day of mobile internet disruptions and partial restrictions.

The incident is likely to severely limit coverage of escalating anti-government protests.

Reportedly, Kazakhstan’s major telecom firm, Kazakhtelecom, has censored the internet across the country. Cities such as Almaty are facing cellular network disabling.

The protests were ignited as a result of the constant internet outage following the resignation of the government of Kazakhstan due to the steep fuel price increase which also prompted heavy protests.

(Sorry not sure on OP but it’s confirmed real) pic.twitter.com/v5l628VDqK

Kazakhstan holds second place after the US as the biggest country where Bitcoin (BTC) is mined. Kazakhstan makes for 18% of the total network hash rate, and subsequently, Bitcoin (BTC) being affected is inevitable.

Despite the performance of the biggest cryptocurrency, long-term HODLers are adamant. Mike Colonnese, the Cantor analyst, said for Bloomberg that even though the short-term price movements of Bitcoin (BTC) are hard to predict and volatile, there are bullish prospects in the long run which is more than enough to deem Bitcoin (BTC) as an imperative revenue driver.

Kazakhstan has retained this important role after many Bitcoin (BTC) miners relocated from China during the crackdown aftermath.